I’ve been reading too much. Like you, I’ve been a shut-in for months now. Books are a nice escape, but I can feel myself losing touch with reality. The few times I’ve ventured to visit a friend or family member, I feel as if I’ve unlearned even the most basic social conventions. Words feel ugly in my mouth, speech clumsy. I’m forgetting how to be a human.

Writing likewise has never seemed more frivolous. I replay clips of soulless pigs decked out in riot gear pummelling women, children, the elderly. Breonna Taylor’s birthday has come and gone, and still her murderers walk freely among us. I hear George Floyd crying out for his mother. I can’t put words to paper. My mind is clogged with blood.

Given the backdrop of rampant police brutality and the staggering loss of life from a pandemic that could’ve been avoided if our fascist leaders privileged people instead of profit, I was somewhat hesitant to tackle Fernanda Melchor’s Hurricane Season. Here is a novel stuffed with atrocity, which translator Sophie Hughes describes as “difficult but not demanding,” easy to swallow prose with stomach churning subject matter. Still, I’d heard too many writers I respect singing Melchor’s praises, so I decided to grit my teeth and brave the storm.

Hurricane Season opens with an image that is simultaneously horrific and serene—“…the rotten face of a corpse floating among the rushes and the plastic bags swept in from the road on the breeze, the dark mask seething under a myriad of black snakes, smiling.” And so the scene is set. A brutal murder has taken place on the outskirts of a small Mexican town called Villagarbosa (apparently a fictional stand-in for Veracruz). The victim is a woman known only as “the Witch,” a reclusive but formidable figure who lives in a decaying mansion amidst a swathe of sugarcane fields.

Sporting a black funeral dress with a veil perpetually covering her face, the Witch provides folk remedies at no charge for the locals who call upon her services. She is loathed and revered in equal measure. Rumors abound regarding a secret room bolted shut on the mansion’s second floor. Some locals claim this is where the Witch conceals her riches, piles of gold coins and dazzling jewels. Others believe the room contains an infernal statue of the Devil himself, outfitted with a massive phallus for the Witch to pleasure herself with.

The formula couldn’t be more simplistic—this is a murder mystery through and through. Everyone wants to know who killed the Witch. In fact, we get the answer early in the novel, but the grisly particulars of why and how the Witch was murdered are not revealed until the gut wrenching conclusion.

Melchor’s use of a nonlinear structure compliments the dizzying array of voices, which often shift within a single sentence. These seamless transitions between the kaleidoscopic perspectives are spectacular, reminiscent of Evan Dara’s criminally underread masterpiece The Lost Scrapbook. Long, winding sentences can become cumbersome, but Melchor manages to bring a certain measure of control to even the most unwieldy lines, some of which span several pages: “A horrifying sight, people said, because by the time those kids found her, the body was already bloated and her eyes had popped out, her face had been half eaten by some animal and it looked like the crazy bitch, the poor thing, was smiling, horrifying, and, when all’s said and done, a shame, goddammit, because deep down she was a good egg, always helping them out, and she never charged them or asked for more than a bit of company…”

Throughout the book, gossip and hearsay become the primary modes of delivering information. Because we never hear directly from the Witch herself, every narrator is unreliable. Characters give contradictory accounts of the same events, creating a permanent sense of uncertainty. When you think you’ve started to piece the puzzle together, Melchor introduces a seed of doubt. Reading Hurricane Season is a constant guessing game, but this makes it all the more satisfying to decipher the clues.

None of the characters can fully be trusted. Some go by multiple names, others long dead are only provided a voice through others. The frequent use of a collective voice—wherein the point of view seems to come from the town itself—instantly reminded me of Faulkner’s “A Rose For Emily.” Further still, both center around reclusive, misunderstood women living in formerly grand estates gone to ruin. And the clincher that seals their lineage—both women are hiding a terrible secret behind locked doors.

Whereas Faulkner’s story is American to a tee, Melchor’s writing has a distinctly Mexican quality, Narco Gothic instead of southern. In a conversation between the author and translator, Sophie Hughes praises Melchor’s portrayal of “la realidad méxicana” (“Mexican reality”). Hughes’ English translation captures this reality by maintaining the poetic integrity of the original Spanish, especially in those page-length sentences, which savor the flexibility of language. Hughes also strategically peppers untranslated Spanish phrases and Mexican colloquialisms, adding a unique patois. Yes, the Spanish is in italics—a convention that has become increasingly senseless to me—but thankfully Hughes is careful not to overdo it.

The book is rife with delightful profanities and slang. Much of the humor comes from the outrageous insults the characters spew at each other. In an early chapter, one of the narrators describes her cousin and his friends as “…useless, spineless shirkers, every single one of them, a bunch of pathetic, sponging, fucked-up junkies. They should be locked up and ass-fucked and then disappeared.”

What makes the comedic aspects so unsettling is the omnipresent depravity and violence surrounding the narrative. Torture, rape, and paedephelia are commonplace enough that many of the characters become desensitized participants. A cornucopia of drugs numbs their pain, while also making them even more vulnerable. Police officers menace the people they’re supposed to protect, gang members dole out their own macabre form of justice, family members abuse one another without repercussion.

And yet, even the most vicious characters are written with indelible nuance. Many are both callous and compassionate in equal measure. I find this effect disturbing as it forces the reader to sympathize with characters who have committed heinous crimes. Morality becomes muddled as the novel progresses, blurring the line between good and evil until they become almost indistinguishable.

One of the most powerful sections is told from the perspective of an underage girl who has been sexually abused. She finds solace in reading a tattered book called Fairy Tales for Children of All Ages, drawn to one story in particular that recounts a witch’s sabbath deep in the woods. This intersection of gritty noir and surreal fantasy is certainly in keeping with the long-rooted Latin American tradition of magic realism, steeping Villagarbosa and its inhabitants with a potent mythology.

Melchor has delivered an intensely engaging and thought provoking new novel, her first to be translated into English. She explores the consequences of repressed sexuality and unchecked lust, giving a scathing yet empathetic critique of not only Mexican society but humanity as a whole. This book is challenging in its depictions of violence—especially against children—yet this is what also makes it an incredibly brave and compelling work. The narrative is as dark as it gets. Still, Melchor manages to inject a measure of hope at the novel’s conclusion. The hurricane brings destruction and misery, while also creating the conditions necessary for new growth, new life. The cycle of nature mirrors the cycle of trauma, until the rain washes everything away.

Hurricane Season by Fernanda Melchor is available through New Directions. 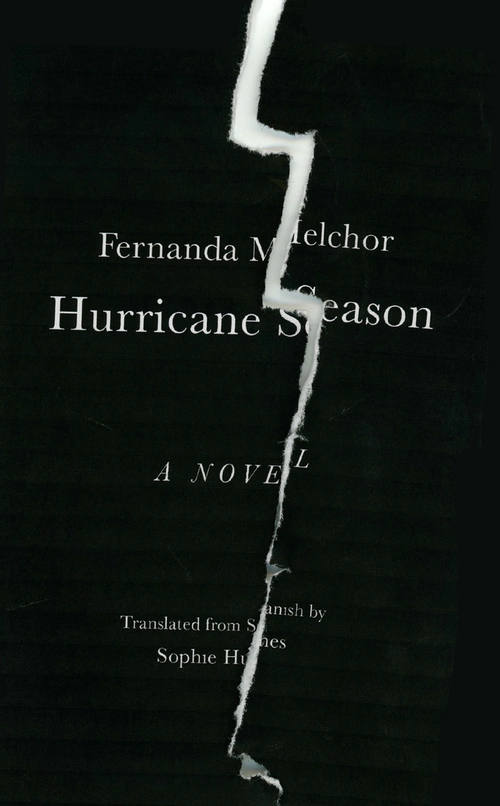 Matt Lee is an actor, teacher, and writer based in Maryland. His work has been featured at Sleaze Mag, Tragickal, SOFT CARTEL, Philosophical Idiot, and fluland, among other venues. He has written and produced numerous works for the stage with Maryland Ensemble Theatre. He tweets @Gallows_Ticket. For more info visit neutralspaces.co/matt_lee/.

Soft Spots in the Night Sky

... You expect them to appear overhead / at any moment, waving tentacles / equipped with post-digital gear ...

... a person could be very ill, weak, forlorn, and if all they were able to do was soften into the embrace of this water, that would be enough. I floated and slowly turned ...