I picked up Imaginary Museums by Nicolette Polek. After reading blurbs by everyone from Brian Evenson to Chelsea Hodson, I decided this was a book for me. The new collection of short stories is a slim volume, but don’t let its size fool you. This is a deceptively dense, complex, and rewarding work. Polek manages to pack Borgesian labyrinths into single paragraphs. This is a writer who can accomplish hugely imaginative leaps with very little space, minimalist flash firing on all cylinders.

Broken into four subsections, Imaginary Museums excels in transforming the mundane into the surreal. In “Winners,” a group of scholars sit drinking in a sports bar. When someone misremembers that Ezra Pound was a woman, the conversation turns into a game of one-upmanship, with each Fellow sharing increasingly outlandish facts, “Ezra Pound also made vibrators by putting bumblebees in glass jars.” Polek, herself a recipient of the 2019 Rona Jaffe Foundation Writers’ Award, is clearly winking at the absurd world of academia, which is rife with bullshit despite (or maybe because of) its devotion to the pursuit of knowledge.

This deadpan black humor is consistent throughout the collection, where domestic miseries are filtered through strange behaviors and bizarre encounters. In the title story, a recently divorced woman obsesses over visiting the non-existent Air-Conditioning Museum. In “The Rope Barrier,” a woman attempts to block out her anxieties with a portable stanchion affixed with green velvet rope. These bleakly comic scenarios play out like a Todd Solondz screenplay directed by Maya Deren. Unmet desires and missed connections are the currency of these wonderfully askew micro fictions.

Other stories swing for more fantastical heights, using dream logic to propel the characters and their actions. The protagonist of “A House for Living” is a mathematician who fixates on redesigning a glass condominium. One morning she wakes up next to a gray lump, “translucent like a cube of gelatin,” which seems to have materialized from her head. Polek’s plainspoken, even-keeled voice adds a sense of disquiet to these inexplicable anecdotes.

“What makes each story so evocative is Polek's expert use of imagery and atmosphere.”

Polek achieves a compelling temporal displacement in many of the stories. Often it is unclear where or when events occur. “How to Eat Well” takes what is perfectly commonplace, a dinner scene, and transmutes it into a modern fairy tale, where a man’s nephew goes hunting for a 90-lb. rabbit. Likewise, “Owls Fall in Nitra,” the tale of a falconer embroiled in a family feud, has a mythological quality. The fact that these families are competing over the fate of a Ferrari adds a modern twist, one of many unusual juxtapositions that gives these pieces a unique flavor.

What makes each story so evocative is Polek’s expert use of imagery and atmosphere. The opening of “Coed Picnic” features lush descriptions that ping all the senses, “Her thighs are pale like coconuts and the boys imagine her squashing guavas between them.” A few stories employ the list format, creating rapidfire series of images. “Girls I No Longer Know” is a collage masquerading as a paragraph, where each sentence becomes its own story: “The girl who tucked a pearl under her tongue while she slept. The girl who never slept and became a spiral. The girl who emptied flower food packets into someone’s lotion as revenge.”

The six stories comprising the section called “Slovak Stories” nod to Polek’s own heritage. They feel like fables from the old country, distorted through the lens of an eastern European diaspora transplanted from its home. Slovakia is a tiny country, but is nevertheless rich with history, culture, and tradition. In the same way, these short-short stories contain a wealth of artistry. It’s a satisfying collection to read and revisit, with shimmering prose delivered in a confidently offbeat voice. Thought provoking, humorous, and deeply human, Imaginary Museums is magic realism done right. 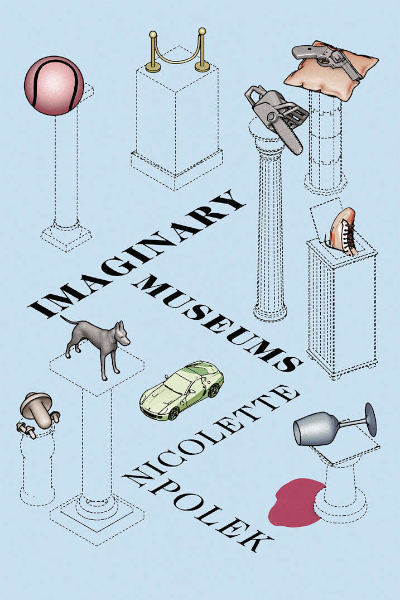 Matt Lee is an actor, teacher, and writer from Maryland. His work has been featured at SURFACES, Tragickal, and Occulum, among other venues. He has produced numerous original works for the stage with Maryland Ensemble Theatre. He tweets @Gallows_Ticket

Fool on the Hill

by Dan A. Cardoza

... this is a pedestrian moment that no one in town will ever remember, one William will never forget. He’s at a place where you can take in half of the town. For now, he’s a lonely seventh-grader ...

... Set of oblong ears. One architect denotes these structures as ...