Ghostly departure and watchful highness,
even if you leave behind a list of what has been accomplished
by your love, as long as we are left to rot,
remarkable light of our life, then what’s the use?

In Marlon Hacla’s Melismas, destruction and restoration live in the same breath. This stunning book-length poem, translated from the original Filipino by Kristine Ong Muslim, explores loyalty, despair, suppression, love of country, love for the other, and the way the struggles of daily life are compounded by large-scale structural failings. In reading Melismas, the reader is invited to become part of an almost scriptural meditation on countless unnamed cruelties executed in an unnamed country. Interspersed throughout these tidings of viscera and doom are recognizable glimmers of light which momentarily soothe the tonal fire—an unsolicited rooftop reading, “a day of feverish / beauty”—reinforcing the illusion of contentment within a way of life which is ultimately unsustainable. As a result of this uneasy dichotomy, Melismas is anticipatory, always standing on the precipice of action. In this way, the poem positions itself in that uncertain space just before upheaval in a manner that is guaranteed to resonate with today’s readers. As Amado Anthony G. Mendoza III notes in his introduction to the book: “words can only ever articulate one’s desire or plan to speak.”

Illustrating this “divide that stifles the articulation,” the syntax teems with deliberate distortions of language and of imagery. Like “the rain’s red body” which “sneaks into rivers,” objects and images undulate, negotiate meaning, and are swept away in the feverish pace of Hacla’s invocation. This fluidity paves the way for innovative uses of language which, in turn, beget a translation that is lucid and relentlessly visceral. Relatedly, the voice of the poem is contemplative and distraught, always caught between the light and the dark. It struggles with the burning desire to manifest something lasting in the face of the insurmountable knowledge of human obsolescence. This uncertainty contributes to the distinctive polytonality which lends the poem its name: melismas, the act of singing a single syllable while moving between several notes, implying that Melismas is not only a poem, but a song; it is a collection of disparate, often opposing tones strung together to create a work that is rhythmically inventive and textured.

The polytonality which churns Melismas forward is further heightened by two factors: the fact that it is a work in translation, and the fact that it is a work that is illustrated. These two conceits extend the book’s already intriguing texture beyond the linguistic and into the visual. Kristine Ong Muslim’s translation mirrors the original Filipino on subsequent pages, creating a sort of conversation. This bilingual back-and-forth is further informed by Muslim’s insightful write-up “A Note on Translation,” which can be found in the beginning of the book, after Mendoza’s introduction. In her essay, Muslim explains that the translation of Melismas was largely “done by feel, by intuition,” in order to capture its frantic urgency and to recreate its shadowy nuances in their purest forms. Tilde Acuña’s haunting illustrations do much the same thing. Most of the art in the book either depicts human forms made up of continuous white lines on black backgrounds or skeletal figures scratched out in black against the white page. They are haunting and charged with an oppressive energy which brilliantly embodies the simultaneously corporeal and phantasmic nature of the poem.

All in all, Melismas is a collection of—and about—small victories. There is a stubborn, wholly human glimmer optimism lying dormant beneath the nightmarish rubble of a world gone to ruin. That is to say, despite having a narrative arc which illustrates that “there is never going to be an end / to our unease,” this is a book which ends, in the face of it all, not with sirens or laments or great bells tolling, but with a lover’s final “parting song.” 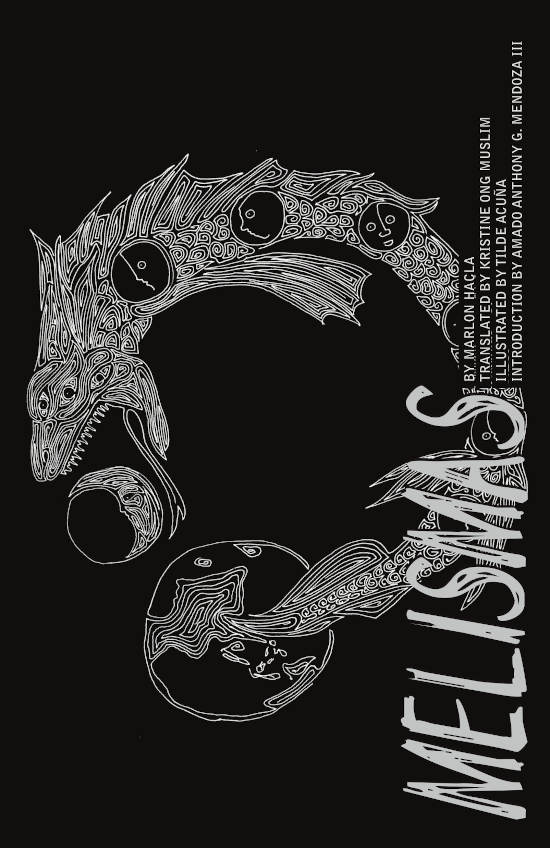 Ashley Wagner is a poet, editor, and essayist whose work has appeared in Grub Street, Up the Staircase Quarterly, and Salamander. She enjoys reading all forms of creative writing, from poetry to creative non-fiction to genre-bending short stories. She is a Maryland native and tweets @ashley_dawn_w.

What Happens in Vegas in Summer

... Giant sparrows, sequined with lilies and chrysanthemums, geraniums, roses, and hyacinths, made the bear’s hibernation den into their nest. The bear thought he could take them, but he found them too beautiful to disturb ...

Love in a Time of Pandemic